Video games are time-consuming. The problem is they’re fun, engrossing, often beautiful, and tell great stories. Beating them is also satisfying. Most people beat a game and are done with it. But for others the job is not done after defeating the final boss–they must go on to accomplish every task available. These poor people are called ‘completionists’.

It takes longer to complete a game than to merely beat it. But how much longer? And how can we model the relationship between time to beat and time to complete?

There’s a lot of data on Twitter. Most of it is unstructured, nonsensical, and profane. One exception, however, is the HowLongToBeat account. Scroll through the tweets and you’ll notice a pattern:

It takes X hours on average to beat Y, (Z hours for completionists)

That’s (mostly) structured data! We just need {rtweet} and some regular expressions to extract the names and hours variables. Here’s one way: 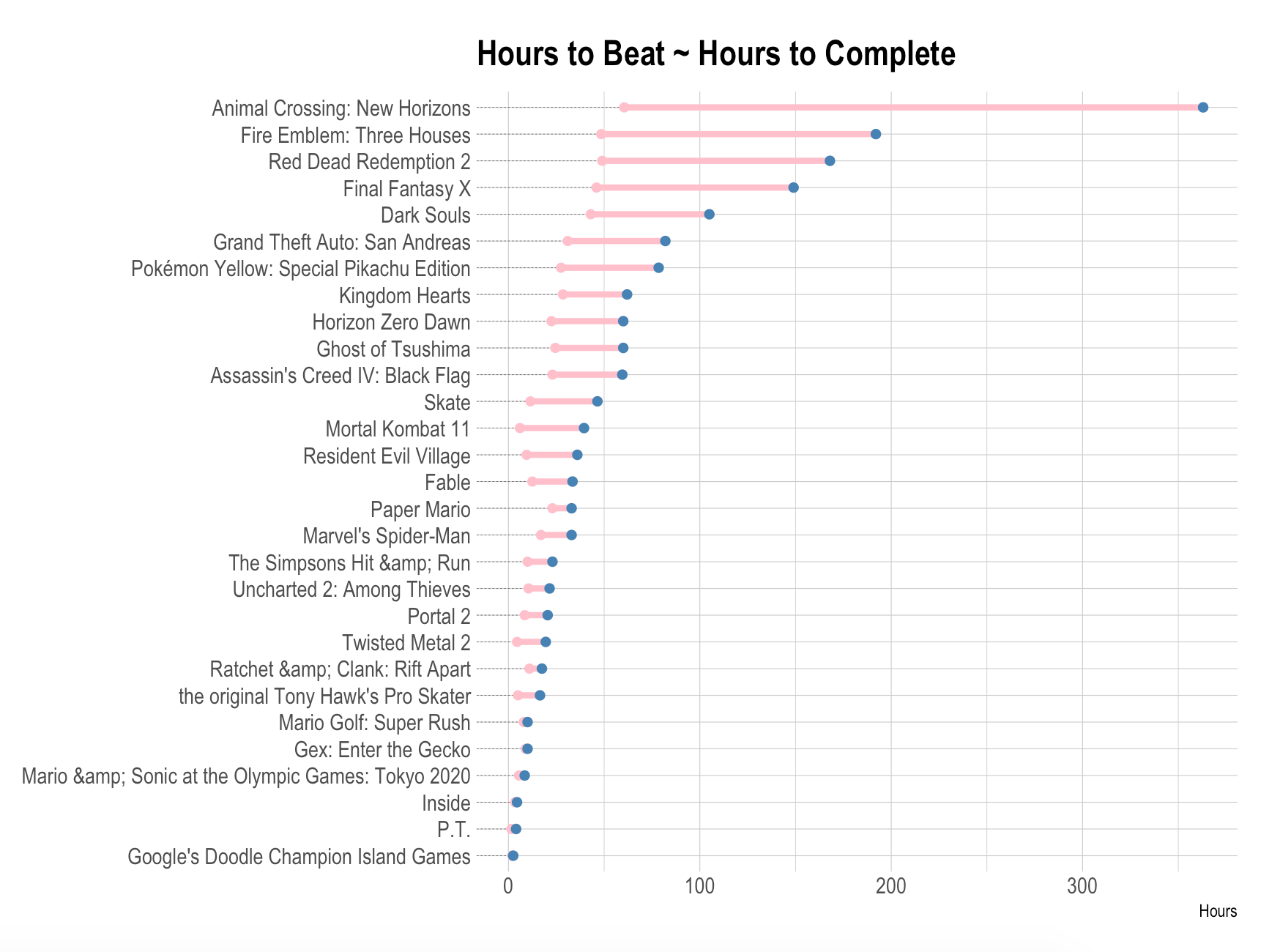 While the metrics are great (high R-squared, low p-value, etc.), the model is problematic for several reasons. First, I have a limited number of observations (27). Second, Y is inseparably part of X–they are in some respect measures of the same thing. Third, Animal Crossing is a conspicuous outlier tilting the model’s fit. Its Cook’s D is enormous: 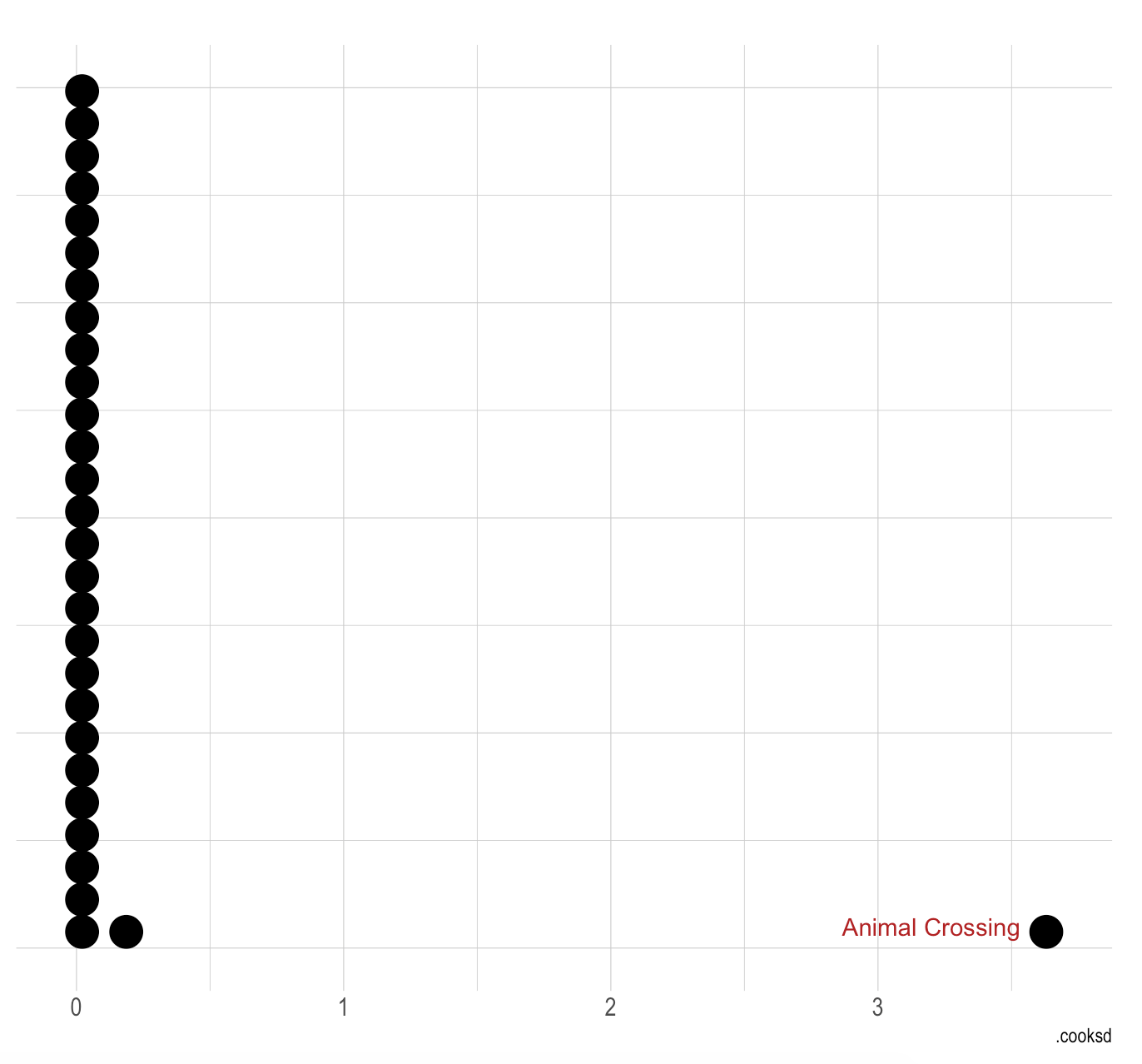 But using some domain knowledge, I’ll elect not to remove Animal Crossing from my dataset. I know there are other games with similar amounts of extra content (e.g. Stardew Valley) where the hours-to-complete soars into the hundreds. Not disqualifying for now.

And fourth: let’s see another plot: 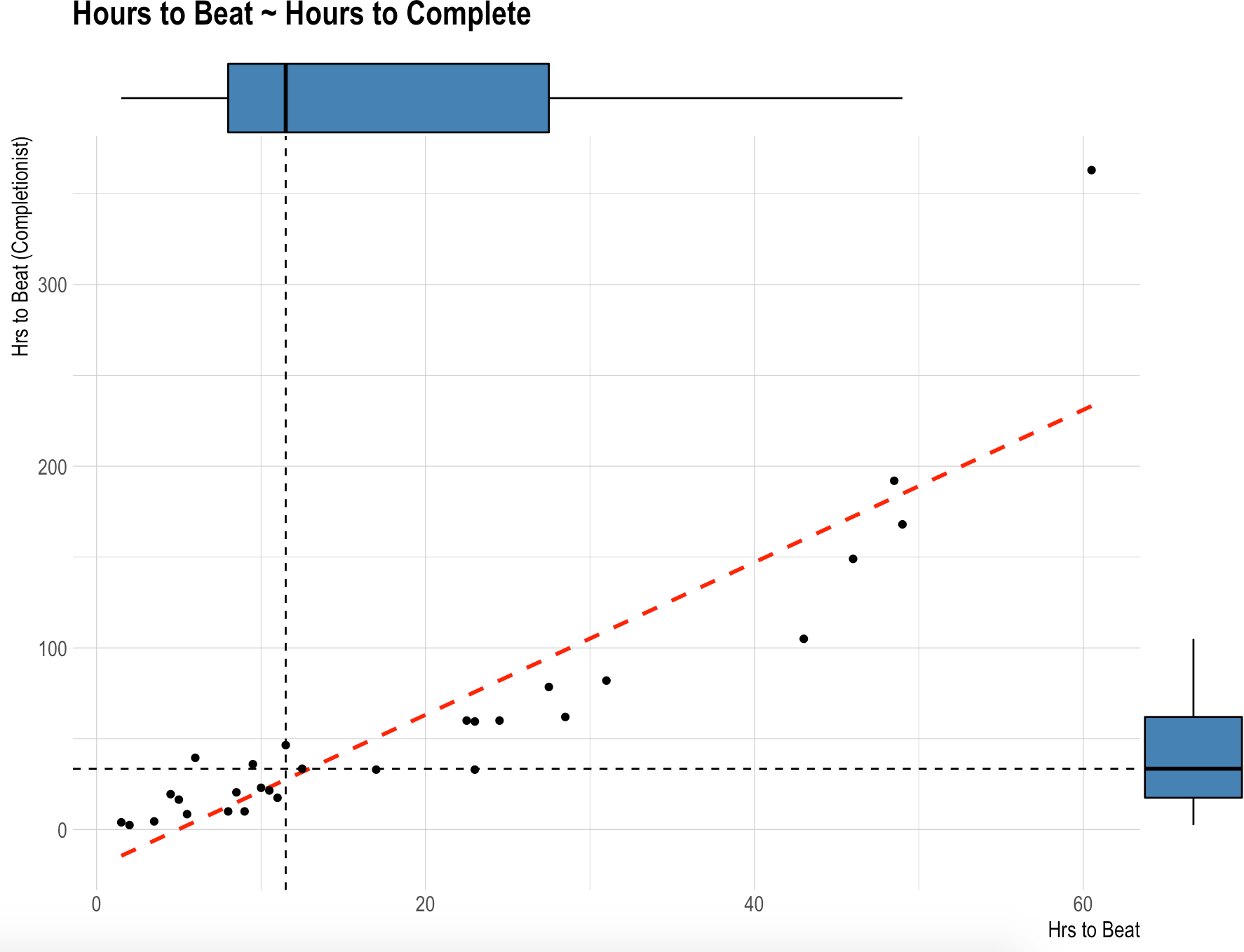 The quadratic and cubic models unsurprisingly improve on the linear model across the board the case. Lower RMSE, higher R2, etc. The improved fits are obvious when plotted together:

But is this classic overfitting? Let’s test the models on some new data. I unscientifically researched the hours-to-beat from some popular games I’ve played and predicted the hours-to-complete with each model. Which comes out ahead? 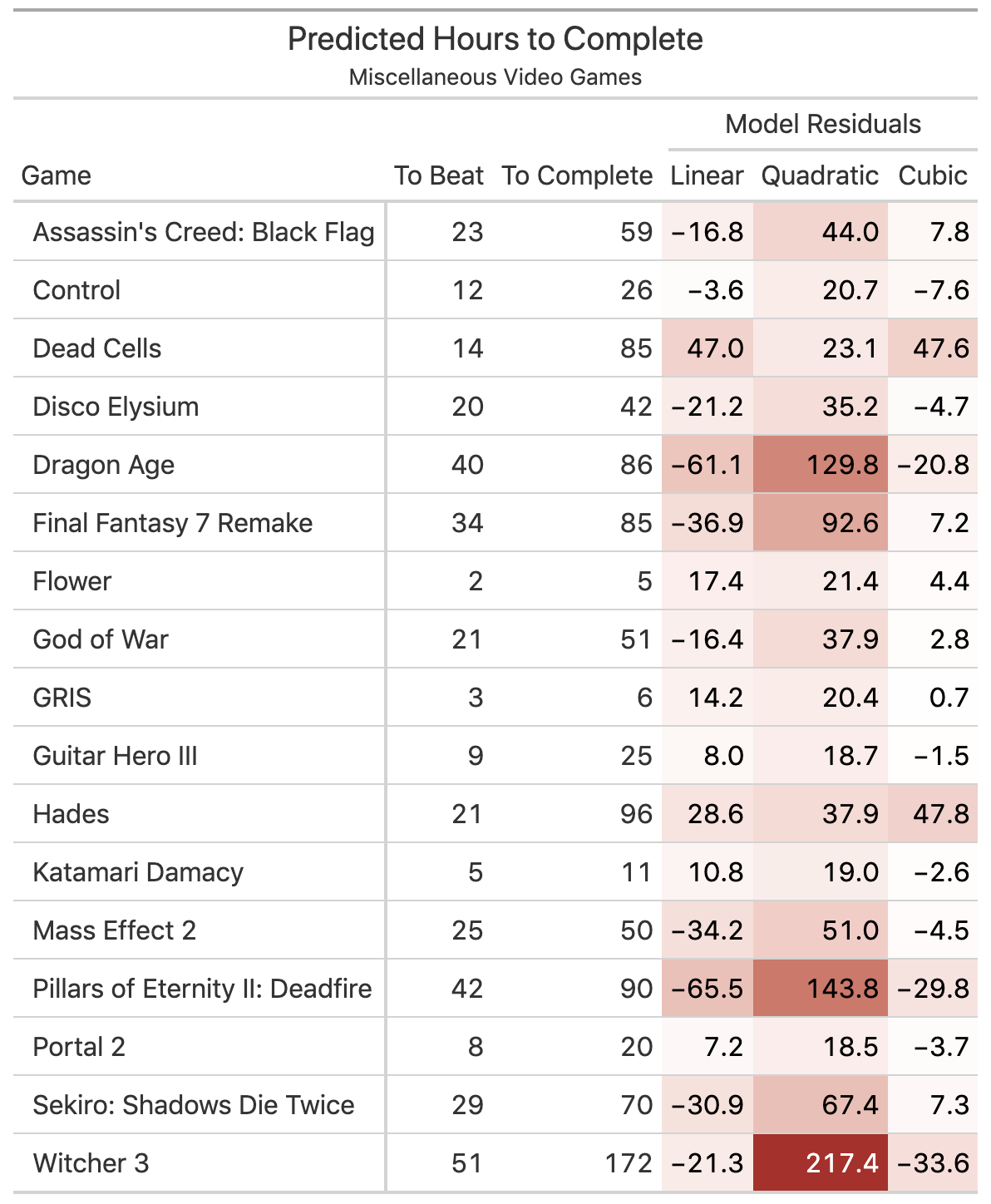 None do particularly well. The assumption of homoscedasticity appears to be violated. But the cubic model does best with short and medium length games and does a better job capturing how completion times initially scale upwards. One could perhaps coerce the y-intercept of the linear model to zero for some improvement, but that strategy is generally inadvisable.

In sum, I actually think the cubic model is capturing something real: there’s a non-linear rate to how bigger games get bigger in terms of hours to beat vs. hours to complete. There are–at a glance–three suggestive clusters: small games, medium games, and large games; and the lines of demarcation between them is not on a single slope. Whether that phenomena is due to small sample sizes, studio budgeting, genre, or creation date remains a mystery.