See what I did there? Before making a statement, I offered what is either (A) disclaimer, (B) self-justification, or (C) privileged boast. There are subtle differences between them. If a disclaimer or self-justification, the implication is that–given my identity “lens”–I can’t really help why I feel this way, and my interlocutor should listen charitably. If a privileged boast, I’m asserting that my identity/perspective is worthwhile or perhaps even superior to whomever or whatever I’m engaging. This mode of communication is ubiquitious, but is especially hilarious on Twitter. People really tweet some wild things after ‘speaking as…’.

But who are these people and what are they saying? Thanks to the trusty rtweet package, we can extract a random sample of ‘identity tweets’:

Next, I define a series of regex to isolate the self-identifications. Tweets are messy, typo-ridden, and sometimes nonsensical, but this hacky approach extracted most of the tweeter’s identities. The code could absolutely be improved with more time and interest.

To the plots! What are the most common identities within this sample? 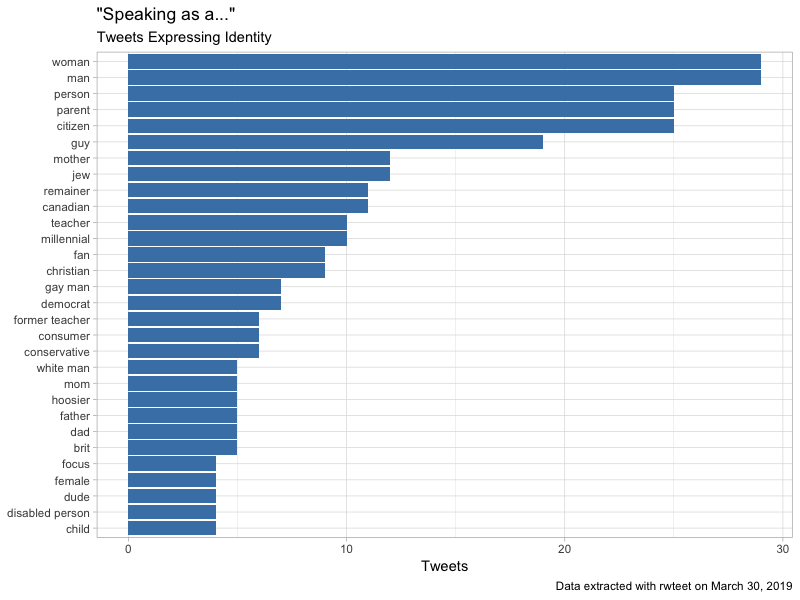 The final observation merits further analysis. There’s something especially ‘Twitter’ and very ‘online’ about responding to someone else with ‘Speaking as a…’. Check the distribution: 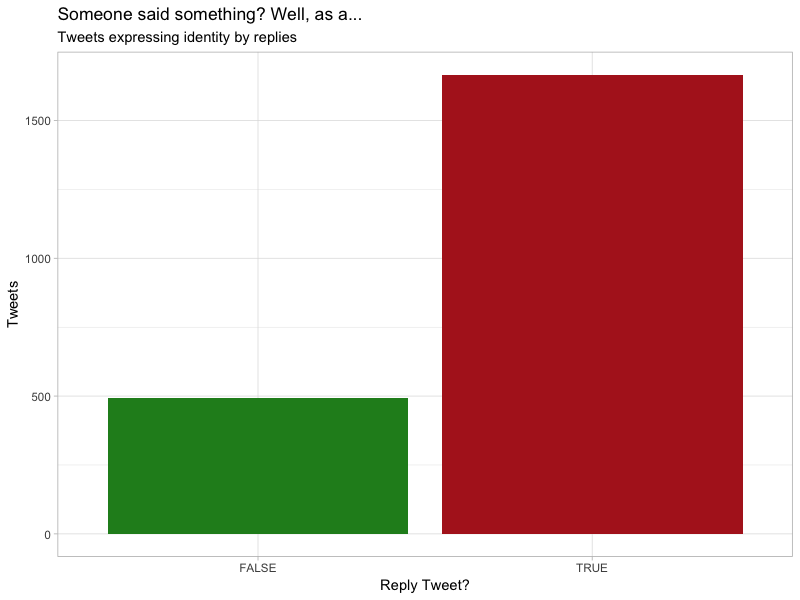 People just love tweeting opinions couched by their identities. And just for fun, here is a sampling of my favorite Twitter identities.

Bear with me now for some foolishness. What follows is a rehearsal of the excellent ‘Two Proportions’ section of Modern Dive: Statistical Inference via Data Science. Here is our silly hypothesis test.

Null Hypothesis: There is no association between ‘male tweets’ (e.g. the tweeter self-identified as male) and the liklihood that the tweet was a response to another tweet.

Is the difference statistically significant? There is a difference in proportions, but is our sample too small? To find out, let’s do some randomization testing and generate a distribution of differences in proportions: 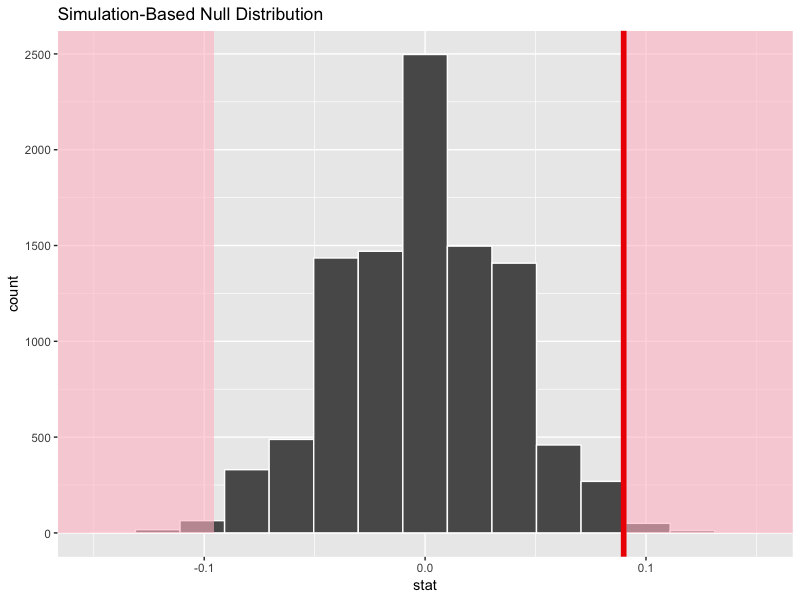 Hmmm, did we just statistically prove the existence of mansplaining???

Less than 0.05! Null hypothesis rejected! Sorry men–speaking as a man, we have a tendency to reply to other people’s tweets.